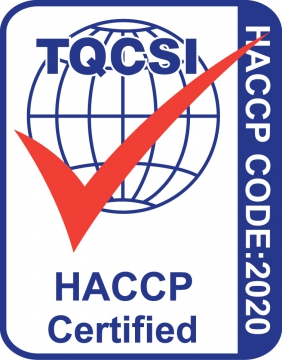 TQCSI has released a new version of its HACCP Code.

The TQCSI HACCP Code:2020 is one of only a handful of Codes that have been accepted for accredited HACCP certification throughout the world and the only one registered with JAS-ANZ.  TQCSI is the largest JAS-ANZ accredited certifier of food safety standards and certifies clients in the Pacific, Australia, Asia, Middle East, North Africa and Europe.

The TQCSI HACCP Code is based on the Codex Alimentarius principles of HACCP, universally accepted throughout the world.  Most certification bodies audit against the Codex guidelines but, because they are not a standard, the requirements of auditors differ markedly, even between auditors of the same certifier.  Craig Bates, Managing Director of TQCSI explains “we wanted a to make it transparent to clients and auditors alike, what is expected for HACCP certification and to ensure auditors don’t invent their own requirements!” It was originally published in 2003 following extensive consultation and has been used by a number of certification bodies to base their auditing and certification on.

Like the original Code, this new version has required consultation with food safety experts as far afield as Jordan.  The Code requires clients to develop and implement a Food Safety Program based on HACCP but does not go to the extent that is required by ISO 22000 or FSSC 22000 – it is meant to fill a void for smaller companies that only need to have HACCP.

Clients will not have difficulty upgrading to the new Code; “it is really a clean-up of the Code’s terminology making it contemporary with current food safety requirements” Carolin Arndt, TQCSI’s Food Safety Lead explained.  She added “All of our auditors will prove their competence in the new Code before they may audit clients to it and clients can upgrade their certification from the previous version at their next audit but must do so at their next recertification”.

The TQCSI HACCP Code:2020 is available at no cost through the TQCSI website.