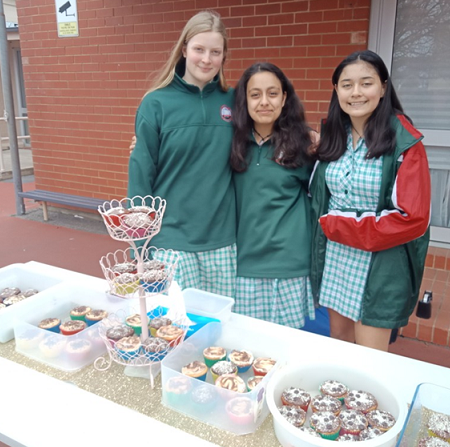 TQCSI employees recently supported a new charitable enterprise called ‘Bake a Change’, which is selling cupcakes to give girls in developing countries a better chance at education.

For a school assignment called $20 Boss, three years 8 Henley High school students, Izzy, Anna and Tina, baked, decorated and sold cupcakes to a wide range of people to raise money for girl's education in developing countries. They started a small business and sold different types of cupcakes for $2.50 each and raised $473 altogether, which was the highest amount raised of all the teams taking part. TQCSI was one of the three locations the students sold their cupcakes at and our employees helped raise $140 for the charity ‘Do it in a Dress’ for which the girls are very grateful, and the cupcakes tasted great! Izzy said they also learned a lot about starting a business in the process.

More information can be found at www.onegirl.org.au/

Christine MacDonald from TQCS International (Australia) spoke with Ms Remonda Sweis, General Manager of and her team, and she told us that they are very pleased to be a part of the TQCSI...