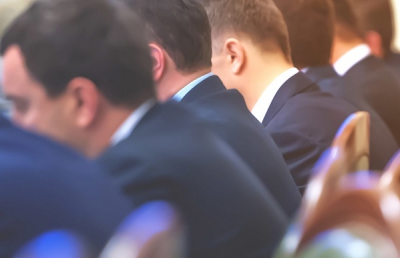 Few people realise just how many projects are publicly funded, but it forms a large proportion of major project spend worldwide. The numbers can be mind-blowing, for example in the UK, the Government funded major projects portfolio is some $800bn lifetime value. Defence forms a high profile major part of this, echoing the Australian Government’s recent commitments to some $200bn of defence capability acquisition ranging from submarines and ships to aircraft and land-based vehicles for the Australian Defence Force.

But the Government funds much more than defence projects – other examples include major infrastructure upgrades including new road and rail links, prisons, science, hospitals, schools and cyber security programs.

So how do Governments ensure that these multi-billion dollar investments achieve the benefits that they expect?

The answer is Gateway Reviews. These are a series of independently led assurance reviews that test areas such as scope, schedule, cost, risk, governance and other key areas to answer the question ‘will it do what it says on the can?’ i.e. is the project likely to deliver the benefits stated in the business case, on time and within budget.

Gateway Reviews are held at key stages within the project lifecycle, such as:

In the UK, the Infrastructure and Project Authority (IPA) are responsible for planning and conducting these independent assurance reviews, and draw on a pool of experienced Government and Independent Reviewers to lead over 200 reviews per year.

New Zealand run a similar centralised system, but in Australia the structure is more complex, and reflects the Federal and State structure of Government, and the different nature of the projects being delivered.

We are accredited to perform reviews in the UK, Australia and New Zealand, with organisations such as the UK IPA, UK Parliament, New Zealand Government and Canberra Federal Finance and have now added the state Governments in Victoria, WA and Queensland to our portfolio.

We are also primed and ready to support the Australian Defence Industry as it embarks on its future submarine, frigate and other key programs.

For more information, contact Sean Moules, TQCSI-Yaran Supply Chain Director, at This email address is being protected from spambots. You need JavaScript enabled to view it.