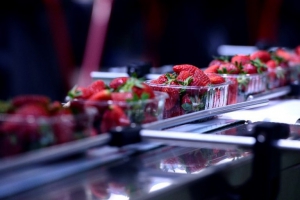 Food safety became a prominent issue in the 1990’s, particularly as trade increased and people travelled and ate out more often. Hazard Analysis Critical Control Points (HACCP) was developed and universally adopted throughout the world for food businesses to assess their potential risks to safe food and beverage. Any respectable food business achieved HACCP certification to demonstrate their adoption of best practice.

As time marched on, larger food businesses needed to become more sophisticated with respect to their food safety practices and ISO 22000 was released in 2005 to allow those businesses to achieve certification and demonstrate a superior systemic approach to food safety. Those systems were based on Pre-Requisite Programs developed for industry sectors, which are considered best practice.

Threat Assessment Critical Control Points (TACCP) is a risk based approach to assist food businesses in developing a Food Defence Plan to prevent behavourial or ideological based threats to food safety.

Higher level food safety standards such as FSSC 22000 now require these plans to be effectively implemented and the new 2018 version of ISO 22000 requires business to consider all food safety risks, inferring the Plans should be implemented. But smarter businesses aren’t waiting for the standards to require them!

TQCSI is delighted to announce that SADB Group is now included in the 20 Years Club listed on our website. SADB is a civil construction company established in 1995 and specialises in Civil Works...