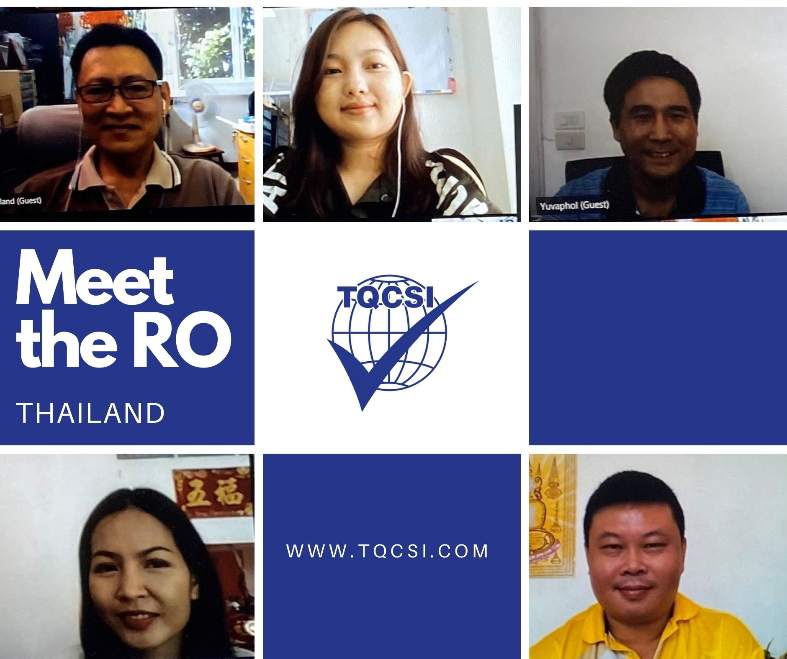 Christine Macdonald and Jason Ng spoke to TQCSI (Thailand)’s General Manager, Nuruth Phanichamnuay, and his team. They discussed that they have been part of the TQCSI family since 2004 and boast over 100 certificates.  Their most common standards are for quality and food safety. Nuruth, who is one of TQCSI’s most experienced auditors, added that they have many long term clients, some that have been with them since the beginning. With the challenges that we have all faced over the last year, Nuruth and his team remain optimistic and see a positive outlook moving forward.

TQCSI (Thailand) has adjusted and moved with the times by adapting and implementing more flexibility and support to team members that need to work from home – he noted that things are always changing and we need to be ready and adapt to this for successful growth in business. A good example of this is remote audits, which has been a positive outcome and, although it was new, adaptation was quick and it feels like this went smoothly and has allowed much more flexibility with clients.

It is important that we look after our clients and it’s the small details that allows us to have the clientele that we have and the longevity that we have. There is also a focus to work with the health care and pharmaceutical industries which is growing in importance across the world; this is great opportunity for TQCSI to continue to grow the business.

Nuruth expressed that he was grateful for the software system that we use in our day to day operations which gives us a competitive advantage over other certification bodies and allows us to achieve a high standard every time. He also noted the software is continually being upgraded. This system was designed and introduced at the beginning and has added great value and confidence to the TQCSI (Thailand) team. We thank Nuruth and his team at TQCSI (Thailand) for being a part of the TQCSI family and we look forward to their continued growth and success in the future.