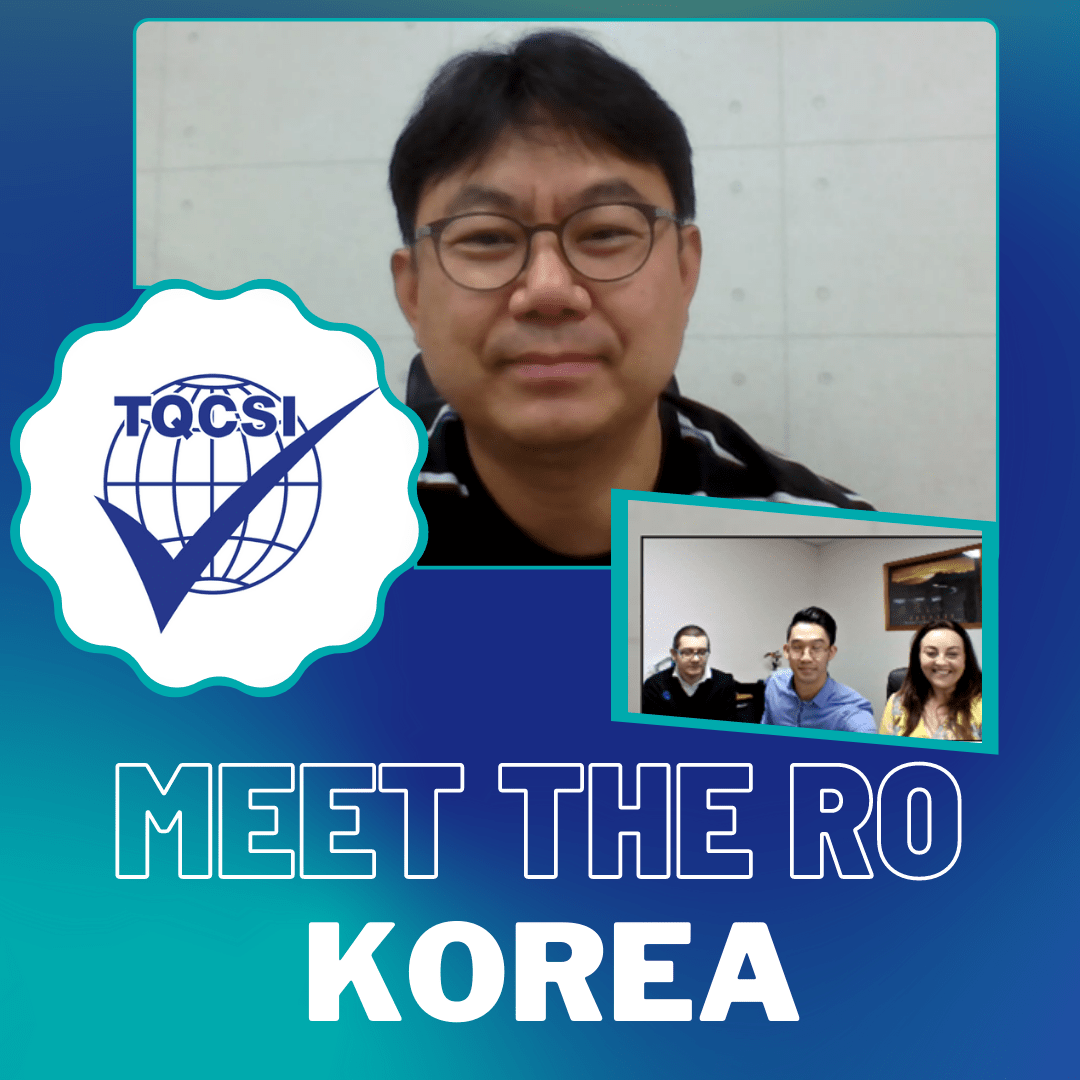 We learnt that they have been part of the TQCSI family since 2001 - 20 years! Many of their certificates are QMS & EMS, and they have quite a number of long-standing clients such as HDC I-Service Co and OE Solutions, both have been with TQCSI (Korea) for over 10 years. We asked Paul what the secret was to having long standing clients and he said “it comes down to reliability, helping clients build their reputation through management systems and being supportive and thorough”.

TQCSI (Korea) wanted to mention that one of the best things about being included in the TQCSI family was Craig Bates and his clear, precise reliability and his constant support as well as always being above board and strict in the operational process. They like the way Craig listens and is solution driven, and always on the front foot.

The future looks good for TQCSI (Korea) who has enjoyed building success over the last 20 years.  They look forward to continued success in the future with a focus on strengthening and developing the team.

Craig Bates added, “it has been an absolute delight having TQCSI (Korea) as part of the TQCSI family for all those years ago and we look forward to a bright and successful future”.

Well done Paul and team; thank you for speaking with us and we look forward to catching up with you soon.

Christine Macdonald and Jason Ng spoke to TQCSI (Thailand)’s General Manager, Nuruth Phanichamnuay, and his team.  They discussed that they have been part of the TQCSI family since 2004 and...