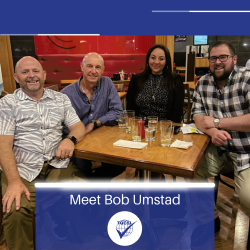 My name is Bob Umstad and i would like you to know a little about my love for Aviation.

I joined the RAAF in 1973 as an Airframe fitter leaving home at just over 16 and a half years.

For the next 22 years of full time and 3 years of part time work, I worked on 8 aircraft platforms from propellers, trainer jets, fast jets, transports, and helicopters. Towards the end of my service leave I also spent time in Engineering and support and managed to accomplish the highest level I could as a Warrant Office Engineer.

I departed my service life around 1994 and later 1997 from the Reserves to venture into civilian life.

A short break saw my return in the aerospace sector on the civilian side as a Safety and Compliance Manager before moving onto auditing full time.

Since 2010 I have been a full-time consultant, trainer and auditor, conducting audits in Italy, the US, China, Japan, India, Vietnam, Malaysia, Korea, Thailand, Singapore, Indonesia and Australia. Company sizes ranged from 2 people to over 3,000 per site. My Asian audits at times was via an interpreter which initially was a challenge but over time became the natural way to do business with some companies, supported by skilled interpreters.

Included in this time I conducted aviation and auditor training and managed to secure certification (FAA, CASA, DGCA) for 2 companies into the Aerospace sector.

I am also currently a Form 4 holder as a Quality Manager (EASA) for an MRO company.

My aim is to pass on my knowledge and support to those willing to listen and in particular, those interested in venturing into the Aerospace Standards for AS9100 (Manufacturing), AS9110 (MRO) and AS9120 (logistics activities).

I have recently reduced my workload markedly from being on the road 180 to 200 days a year to focussing more now on mini projects with less time away. To support this reduction, I also moved to a locally established Certification Body (TQCSI) to provide that local support to businesses and not be thousands of miles away.

So I would say coming from a humble country town in NSW (Tenterfield) being one of 5 boys, happily married for over 47 years, 2 thoughtful kids and 4 great grand children and after moving into 15 homes in 4 different states and one overseas, I class myself as a lucky guy.

I look forward to slowing down and to being able to provide more time to pass on my knowledge when and where requested.