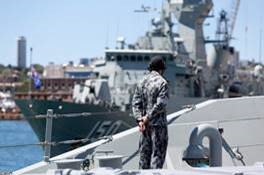 One of TQCSI-Yaran’s clients, PSG Holdings has joined forces with Lend Lease Holdings to replace the RAN’s old Oil Wharf at Garden Island in Sydney.

To be known as the Bayinguwa Critical Wharf Works Project, the $213 million project was announced today and is due for completion in February 2022.